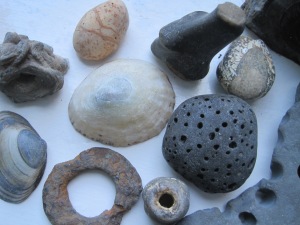 I recently watched a BBC programme, Simon Armitage, Writing Poems, in which the poet took the viewer/reader behind the scenes of some of his poems to reveal elements which went into writing them.

‘Like most poets,’ Armitage says. ‘I try and get the form of a poem to somehow represent or resemble the subject matter.’ In his poem, A Vision he uses a town’s abandoned plans for a utopian future as a metaphor to explore society’s, and by extension our own, lost and fruitless dreams. The poem, he says, ‘is very architectural … it looks orderly and it looks structured.’

This struck a chord with me as considering the shape, the layout – the form of a novel is something I enjoy and like to take time over. It is after all the realization of a pile of pages, the manuscript into a physical object, the book.

The form is of course an important element to the reading experience. Whether to divide the book into chapters or parts, how to show a shift in time from past to present, how to move between different points of view need to be handled carefully so that the reader isn’t confused or shaken out of the flow of the narrative. There is scope, though too, for a little fun and a bit of decoration.

In ‘Laughing as they Chased us’, I gave my chapters titles, not numbers. The titles were phrases or partial phrases drawn from the text of that particular chapter: ‘can’t stop myself’, ‘feel empty’, ‘let me talk’. These words expressed the intensity of emotion captured within the chapter and I felt and heard them as I would a lyric.

In my second novel I divided the book into parts by season which both acknowledged and deepened the significance the weather had to the story. Not only did the seasons and weather evoke the Englishness I wanted to celebrate but it was influential in the motivations and actions of the characters.

In my novel, ‘Summer Circles’, circles, spots, dots and circular patterns appear throughout the book –the corn circles, chairs set out in a semi-circle, freckles on a face – and  the cyclical nature of life is suggested at within the rural landscape and through the main characters, three women at different ages and stages in their journeys. I visualized the form of book like a Venn diagram, the circles representing the relationships the characters had with the world and with each other. Certain scenes in which all the three characters interact are repeated three times from each different viewpoint. 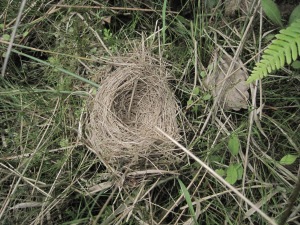 View all posts by sarah jackman